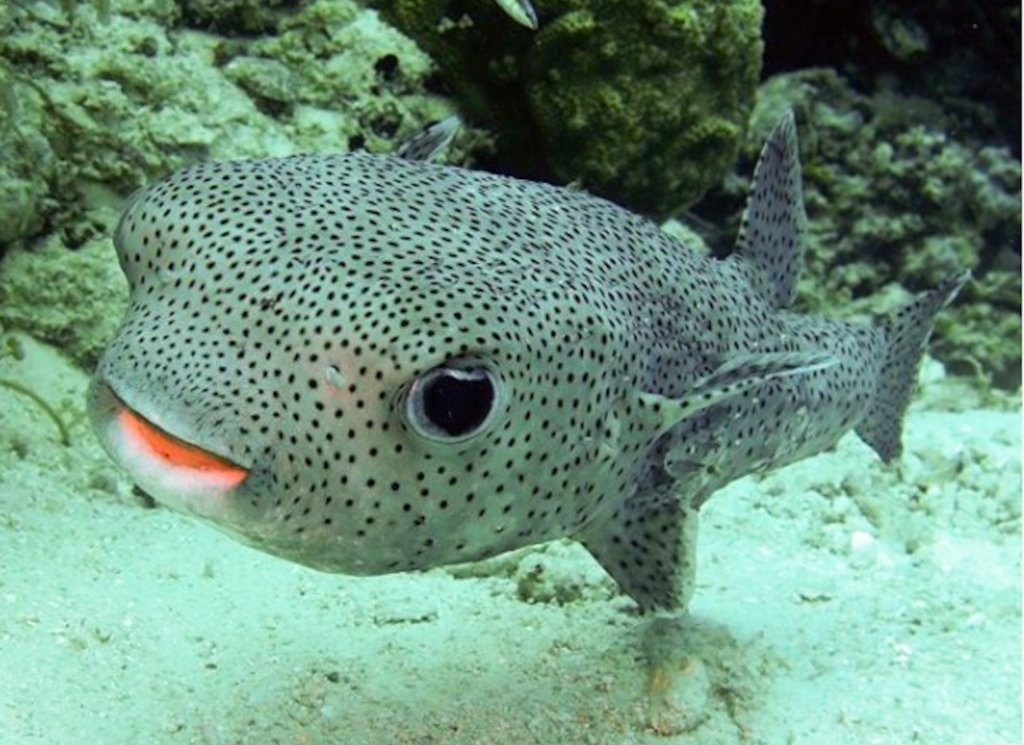 Can you trust this face?!

Although the Porcupine fish is one of the cutest on the Great Barrier Reef did you know that this is also the face of a silent killer?!

Part of the Pufferfish family (Diodontidae), the Porcupine fish is able to inflate itself by swallowing water, which makes it harder to be eaten by predators. Their body is covered in poisonous spines, that when are erect, are able to emit a dose of a toxin called ‘tetrodotoxin’ which is 1200x more toxic than cyanide.

They are generally quite shy and nocturnal, hiding away in holes and crevasses within the Reef system. If you approach a Porcupine Fish, they generally retreat back into their environment. You would have to make a real effort to end up caught on one of their spines.

While these guys might have a killer smile, we do recommend not getting too close if you find yourself up close and personal with one on the Great Barrier Reef.