10 awesome reef critters and where to find them

Closely related to both coral and jellyfish, the anemone is often found in shallow water close to lots of warm sunlight. The tentacles of the anemone (famously home to movie star ‘Nemo’) are covered in tiny stingers (Nematocysts). Each Nematocyst is equipped with its own ‘harpoon’ which is covered in a toxin. This toxin works to pierce or trap the desired victim, either killing, paralysing or scaring them away from the anemone.

The Christmas tree worm gets its name form its uncanny resemblance to a fir tree. Each plume is used for either respiration or food and the rest of the worm is located inside of the hard coral that it inhabits. The role of the Christmas tree worm is important, as it works to push away the feet of the Crown of Thorns starfish, one of The Great Barrier Reef’s largest predators.

Usually found on the edge of coral walls. The Feather star can be found in depths of up to 200m and they have the unique ability of being able to both walk and swim!

Related to the squid, octopus and the nautilus, the Cuttlefish is often found in seagrass beds, rocky reefs and sandy sea floors to a depth of anywhere up to 100m. The Cuttlefish is unique in that it has the ability to change its body to camouflage against ever-changing environments, in a similar way to a chameleon on land. 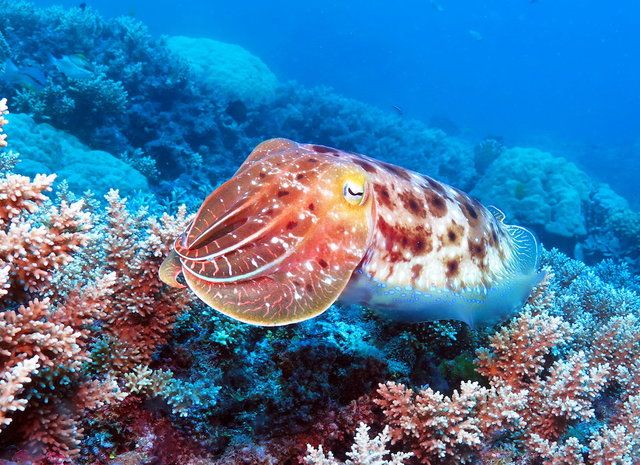 The Lions Mane jelly fish can grow to be one of the largest jellyfish in the ocean. It is generally found in colder waters although it has also be found in warmer, tropical waters such as the Great Barrier Reef.

The vibrantly coloured Nudibranch can be found at all ocean depths but are especially abundant in warm, shallow reefs. The nudibranch is a ‘simultaneous hermaphrodite’ which means that they possess both male and female sex organs at the same time and self-fertilization often occurs.

The highly venomous Lionfish is found in shallow coral reef systems (like The Great Barrier Reef) especially in caves or close to narrow crevices. 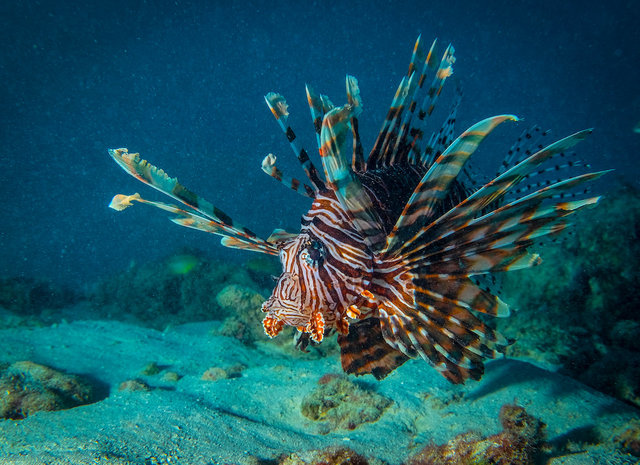 This newly discovered underwater spider (making its way onto the scientific ‘Top 10 list of remarkable species discovered worldwide in 2017’) can be found during low tide hunting on corals and barnacles. It is 6mm long and possesses hair like its namesake, Bob Marley.